Strapping Bobby Glynn Luman was born in the tiny East Texas community of Blackjack, close to Nacogdoches, in 1937, and was set to make a career in baseball before encountering the force of nature that was the Tupelo Flash in 1955. Borrowing the band of his friend Mac Curtis in 1956, Bob cut a series of demos at Jim Shell's Dallas studio before signing to Imperial, recording these fine sides featuring his pal James Burton on guitar.

The tall Texan from Fort Worth, Wesley Erwin Curtis Jr - known to all as Mac - is the most recent signing to King's rockabilly roster. His first two releases, produced by Ralph Bass at Jim Beck's studio in Dallas, feature his regular backing of the Galbraith brothers; Kenny on bass and Jimmy on lead guitar, augmented by Beck's Big D session vets. The two hot platters have been welcomed by the ducktail crowd and are collected here for your listening pleasure.

John Olenn McCord was born in 1936 and played bass in Eddy Dugosh's Ah-Ha Playboys before forming The Jokers in 1955 to record for Bob Tanner's local T'N'T label for whom he recorded these four sides. Now signed to Liberty Records in Hollywood and a major movie deal lined up, a big future is on the cards for our boy from San Antone

Little San Antonio firecracker Rudolfo Jiminez signed with Fabor Robinson's Abbott label at 20 years old where he was rebranded as Rudy Grayzell. In 1954 he spent a year at Capitol as "Rudy Gray" but is now making hot wax with the Starday company as Rudy "Tutti" Grayzell - a name bestowed on him by King Elvis when they duetted on a version of "Tutti Frutti" together!

Born in remote Chillicothe in 1934, Lewis Wayne Williams began hanging out in the local record store in his teens to hear the latest r&b releases and, deciding on a career in music, switched to hanging around Jim Beck's recording studio in Dallas. He cut his first record in 1953 as "The Texas Drifter" before signing to Lew Chudd's Imperial label in 1955 where he laid down these dynamite cuts

Born in lucky Shamrock in 1932, plain ol' Bill Smith took on the name of Bill Mack after studying to be a radio broadcaster at West Texas State College. It was an easy step from announcing and emceeing hillbilly shows to performing and the Imperial people gave him his first recording contract in 1951. A switch to Starday Records in 1956 shows that a new cat just got in town... 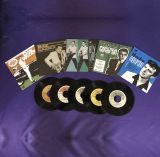 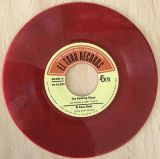 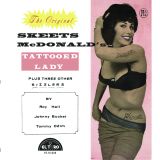 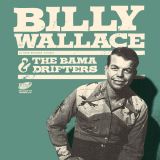 BILLY WALLACE & THE BAMA DRIFTERS - WHAT'LL I DO 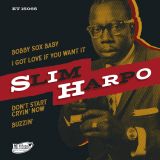 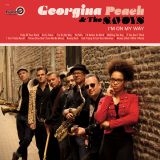 GEORGINA PEACH & THE SAVOYS - I'M ON MY WAY 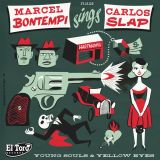 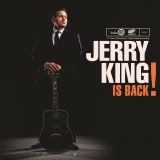 JERRY KING - IS BACK 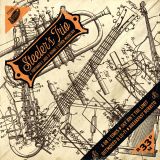 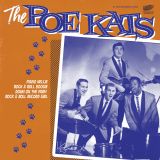